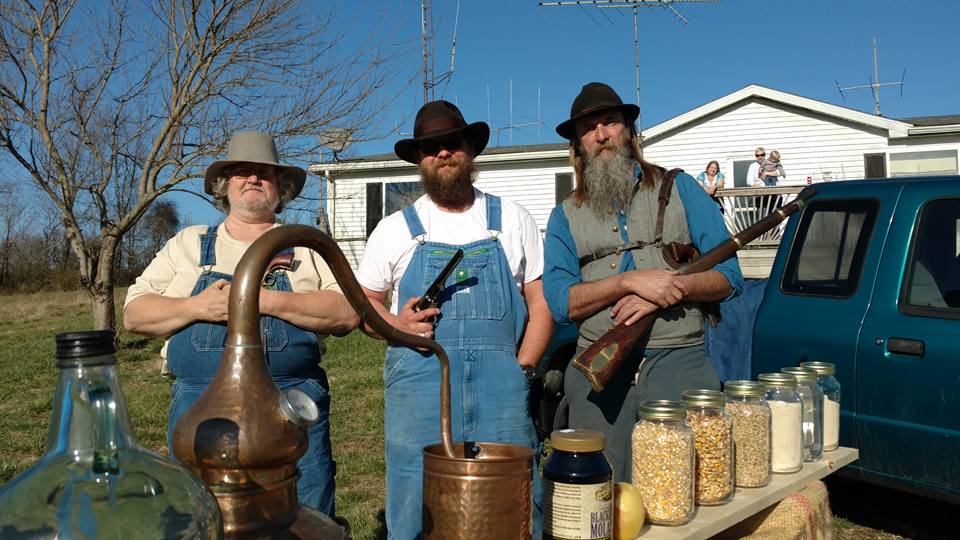 So, what exactly is Hells Half Acre Hellbilly Burlesque show?

Well, we still as a group aren’t entirely sure…

I suppose we fall in the realm of historical reenactment and comedy troupe but the truth is it’s just three guys having one hell of a time!  The whole gig started off as a moonshine/whiskey distillation re-enactment at Salem Indiana’s Old Settlers Days and quickly gained its own following, a following which seems even now to be growing.

Over the years we have had a number of cast members that we consider an important part of our Burlesque “family”that includes “angry landowners”, “local sheriffs”, “angry wives and mothers” and the good old fashioned hillbilly with a gun. Every single performance is always unique and different.  Sometimes other re-enactors at the events get it a shot or two or let out a “yowl” after a big gulp.  Jimmy Morgan in particular can always be counted on for some type of antic.  There are three core group members, myself as the aforementioned Rev. Thomas Green, Dale Bishop as Pop, and Barry Grover as brother “Stretch”.  Each character has defined characteristics: Thomas is the mouthpiece, distiller, and historian.  Pop is the drunken grandfather figure always pushing buttons, and “Stretch, well, he’s drunk enough to think he’s still fighting the Civil War and has been for 12 years!  We’ve got another brother too, Mr. Willie Marshall.  We call him Bob.  When Willie can throw in you’ll see him carrying a jug around to the crowd to get a smell and often laying passed out in front of the still and subsequently beat with a broom by one of the angry lady folks!

To this ensemble several members of the Allen and Nicholson family often join in with Brodie Nicholson often playing the unfortunate victim of one of our misplaced black powder shots (sometimes tied to a pole with an apple in his mouth!) or having been shot by his own wife Kori (he dies incredibly well!).  My wife has also been known to throw down with us from time to time as Anne Green, don’t tell anybody but she can drink with the best of us, she’s been off duty the past couple years with the baby but is making a return this season! Occasionally the Washington County mounted search and rescue have been known to bust us, chase us down with horses and dogs, and we have even been in a skirmish or two with some confederate soldiers. We once broke Stretch out of jail with a .44, an act which got Roy Overshiners attention.  You never know what we might do, hell we don’t ourselves, until we do it.  Sometimes were sober, oftentimes not so much.  The more we drink the funnier and looser we get….to a point.

The main focus of course is on putting a spotlight on the long maligned and deeply buried history of distilleries in Washington County.  Digging up names from the past and putting them in the spotlight for all to see.  Stories of bears tied to chains in taverns, hard drinking circuit riding preachers, men killed over a game of cards, and of course INFORMATION.  If you come to one of our events with even a passing interest in making whiskey or brandy and you leave still not having any inclination for how it is done, it isn’t because I’m not doing my job, it’s because you aren’t paying attention, and trust me, I know how hard that is with Ol’ Pop and Stretch in the back-ground shooting pecker nats, vultures, and each other!

Their job of course is to provide entertainment, set stuff on fire, blow shit up, and of course to get me to break character, more often than not they do, and they win!   I literally have to rely on my distilling props to get me through the demo sometimes because they will cause me to forget what the hell I’m trying to say at some point in every demo.  Drinking doesn’t add to the problem, if anything it allows me to be a bit more…..umm…open to “Alternative Facts.”

We have a pretty good following at every event we go to, even on weekends like that of Old Settlers Days where we may do the demo 4 or more times over two days there are a number of people who will come to every single showing, not just friends and family, but normal spectators, and every time they see it the event is different and they bring with them someone new.  After events, we get asked for autographs, we hear a lot of people saying things like “did you see when he caught his beard on fire”, “wow I can’t believe they did that”, “Did you smell that jar, was that real?” 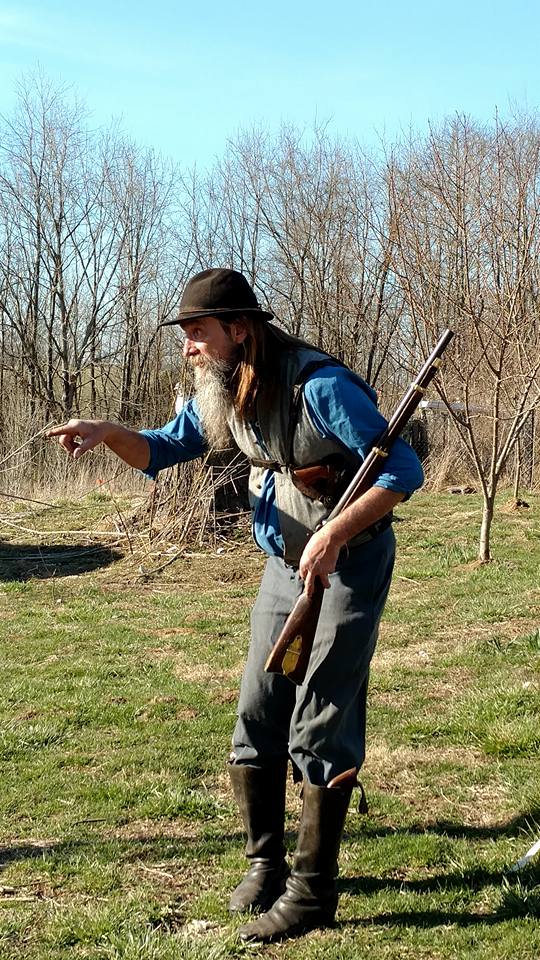 I’ll probably use this platform a lot to document our doings.  Recently we’ve started making a few videos as well which I will post here.  These I roughly script/dream up knowing that keeping Dad and Barry contained is impossible, particularly if there is a gallon or two of good peach brandy sitting around.  Stay tuned, there are a couple new videos on the way and they are doozies to be sure!  Also, keep up with us here: https://www.facebook.com/Tommyandtheboys/

Make sure you click that link, there is an exclusive Bad Ass Beard Oil commercial there you have to see!

We always encourage audience members to dress up and throw in, just be ready to roll with the punches as they come, it’s 100% improv and we would be glad to work you in so come on out!  Dress somewhere between 1850 and 1930 and your good.  Points if you’ve got a black powder pistol that is SAFE and FUNCTIONAL.

If you have a festival you would like to see us at we would likely be glad to do it.

I hope you enjoy them and come check us out this year:

At Becks Mill-17 – We will be set up with equipment on hand having a good ol’ time and will even throw in a couple of featured demos throughout the day.  These events are typically from 10:00-4:00

Old Settlers Days – We will likely do multiple feature demonstrations and will post times as we know more.

Come out and watch us get busted by the Washington County Sheriff’s Department on the night of the fireworks, July 3’d.  We got some big stuff planned for this.  Come see us again in the parade on the 4’th!  The Pekin Fourth of July is the longest consecutive fourth of July celebration in the United States and is held at the park, also known as Gills Grove.