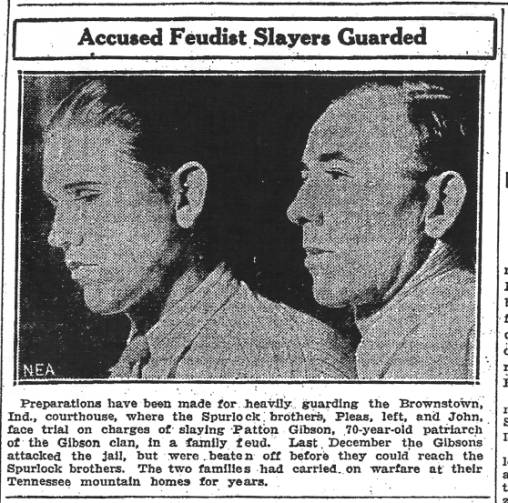 Last Evening I had the pleasure of meeting with Mr. Larry Wesner and his wife at their home on Rudder road (coincidentally a road which once led to Rudder mill, previously Greens mill of Rev. Thomas Green fame).  The Wesners were nice folks and I really enjoyed the two hours I spent with them talking about history, not just that of the famed distillery at Cave River Valley but also of Marshall Nay, a former commander in Napoleon’s army who faked his execution for treason and eventually found his way to Salem Indiana.

Larry was a lot of fun to talk to and we really enjoyed sharing stories about Washington County back and forth.  Larry is actually a direct descendant of Henry Robertson who ran the mill and distillery at Cave River Valley for many years and had a couple of points to add to the story of that area.  In the video below he also tells the story of a “Whiskey” Bill Gibson which he was told growing up.  I believe this “Whiskey Bill” is actually perhaps the Patton Gibson of the famous Gibson-Spurlock Feud that was carried to this county via Tennessee and culminated in 1930 with the murder of Patton Gibson and the subsequent break in of the county jail and shooting of Sheriff Milton Trinkle (a name that was well known to Moonshiners of the era in Washington County) and his deputy/wife.  The feud appears to have begun over a bad likker deal in Tennessee that was further soured by the same sort of relationship in our Hoosier Hills.  That story alone is worth further research but the info is readily available (who couldn’t be drawn to a story about the murder of a man who boasted six notches on his pistol and carried six silver dollars, one for each life he had taken.  To boot six silver dollars that were later robbed from his grave!)

Anyways, here is the video and hope you enjoy!

One thought on “Mr. Larry Wesner”